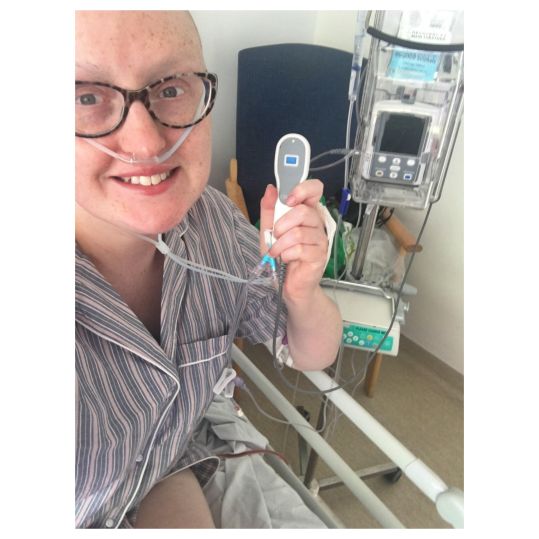 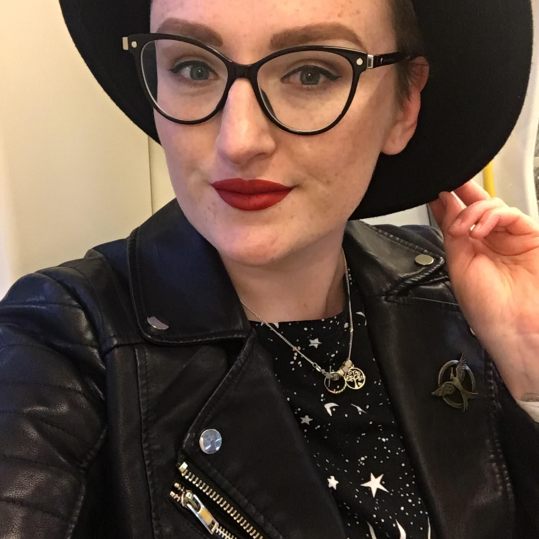 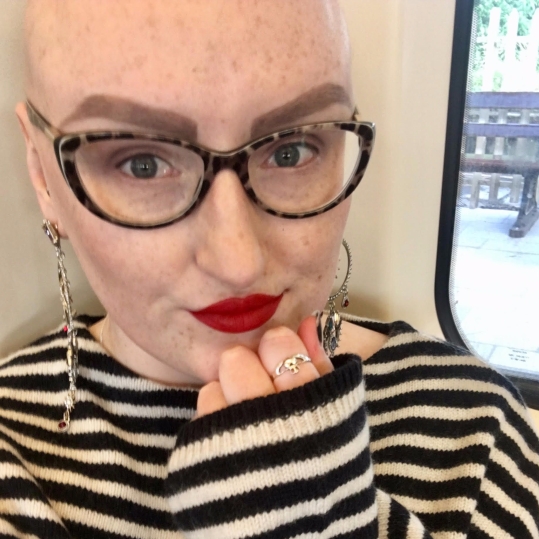 I came across a hard lump in my breast while in the bath having a wash. It was just there, like it had magically appeared over night in the same way presents do on Christmas when you’re a kid. Shame it wasn’t something as joyful. When I looked down, my boob looked completely different. There was dimpling in my aerola, my nipple had changed direction & it was swollen on the whole side where I felt the lump. Straight away I knew something was wrong; my normal had changed. I’ve always been Breast aware and took it into my own hands (lol) to learn the signs of breast cancer & how to check my boobs. My ma was diagnosed with breast cancer in 2012 & rediagnosed with metastasises at the start of 2017, which is why I was always serious about titty health.

By the time I found my lump, my ma was dying so I kept my findings to myself. She wouldn’t have been able to understand or remember if I told her, and my family was suffering enough.

After a week or so I was able to sneak out of the house for an appointment with my GP that I secretly made while my aunts looked after my ma. I was referred to the local hospital’s breast clinic that day after an examination. The first examination of many, so many that I’ve lost count.

We had a few delays in getting my appointment with the clinic. You’re meant to be seen within two weeks from referral. Thankfully my GP called me to find out if I’d been seen about four weeks after my referral and get things going when I said no. In all honesty, it wasn’t even on my mind; my ma was in the hospice at this point. My only anxiety was what reason would I tell my family for not being at the hospice until late.

A week later my ma passed away. My appointment was due two days later so I had to reschedule. I still think about the poor lady who answered my call and her reaction to me telling her that I had to move my date because my ma had died the other day.

I was given a rescheduled appointment for a week later. My family were told it was just an “early check-up” because of the family history but my auntie insisted on coming with me.

Sitting in the clinic’s reception, I racked my head for reasons she couldn’t come into the doctor’s room with me. I still wanted to keep it to myself. Luckily her phone rang just as I was called in so I ran in and told her to take it.

The surgeon physically checked me then told me that I’d be going for an ultrasound to look at the area. I was fine; the checks were building up yet all I could think about was keeping it from my family until I had facts.

That changed when the scan technician informed me that I’d be having a fine needle biopsy to check for cancer. I broke, finally the weight of this huge secret crushed me and I asked the nurse to get my auntie. I could hear her telling he nurse that I was only upset because my ma had just died (no shit sherlock!). The look on her face when I vomited out the words ‘I’m sorry but I found a lump in my boob and they wanna do a biopsy to see if it’s cancer’ will never leave me. My auntie is a formidable character, head of the family style (think a mixture of downtown abbey and the mafia) but she just stood there before murmuring ‘okay’ and walking over to hold my hand.

After that I told my family. They were furious that I hadn’t told them but understood why I didn’t. The next two weeks were a blur. I prepared for my ma’s funeral; giving her the best send off was the only thing that kept me going. While her wake, I received a text for my follow up appointment- talk about terrible timing.

You already know what happened at my follow up appointment. At 1:20pm I walked into the doctor’s room with both aunties, sat down and the doctor told me I had breast cancer. I felt nothing. No emotions, no feelings, not even physical pain. My ma had only died three weeks earlier, nothing compared to the pain I felt about her not being there anymore.

My first words to the surgeon were ‘well what are we gunna do about that?’ The medical staff knew about my circumstances and couldn’t believe how well I seemed to be handling it.

The worse part was telling people. Seeing their pain and worry. Hearing them struggle to get out the question of whether I was going to die. Spoiler- I don’t die. One of my best friends sobbed and travelled from Manchester to London to be with me the next day.

A follow up scan showed a mass in my other breast, but a MRI-led vacuum biopsy showed it to be benign. It was odd to receive good news!

I was transferred from my local trust to the UCLH Macmillan Cancer Centre due to my age. Having breast cancer at 24 makes you quite anomaly, I’d prefer to call myself a rare diamond though.

After many appointments and a sentinel node biopsy, I began my treatment for a stage one/ grade three, oestrogen/ her3 positive invasive ductal carcinoma. Carcinoma is a fancy word for cancer by the way. Chemotherapy with targeted therapies first, followed by surgery. I still receive Herceptin and am having Zoladex & Exemestance for hormone treatment.

Right now I have no evidence of disease.

Having cancer and being in treatment has been the most challenging time of my life. Life after cancer is also a huge challenge but I’m grateful to be alive and have a second chance.

At 25 I’ve been through things that most shouldn’t have to or will ever deal with. Sometimes it hurts to know that but I’ve learnt so much from that time, and still am learning all the time. In the darkest time of my life I’ve met incredible people that helped keep my hope alive. Of course I would’ve much rather learnt those things and met those people without having cancer but thats the way my cards were dealt.

Right now I’m trying to make something positive come from all that I’ve been through. It would be too easy to just sit and wallow in it, but I always get back up again.

Tomorrow will be kinder.

Drag Queens- they bring much needed comedic relief, which inspired me in my own use of dark humour to cope with cancer. The art of drag also helped me to navigate the physical changes and showed me that I could use them to create something new as opposed to mourning over their loss.

Tomorrow Will Be Kinder by The Secret Sisters.

The title is my life motto and the song is beautiful. For every lyric of hurt, there is one that comes after of hope. That is what the title symbolises to me- hope. It doesn’t deny the suffering you feel, it reminds you that it won’t last forever and things will look brighter eventually.

I am 100 percent cancer free! Now it’s time for me to give back to all who have helped me :) 2019 will be a very special year for @do_your_breast with a lot more projects happening! Very excited. Spread the word, cause we are going to go BIG! #breastcancersurvivour #brca #breastcancerawareness #doyourbreast #breastcancer
Sophie and em, all the way in London Town, rocking their Do Your Breast earrings. I lived with these two gals in London! Thanks so much to both of you, for the support through this challenging time! grab life by the tits - @emilythomaset ❤️ #breastcancer #doyourbreast #breastcancerawareness #brca